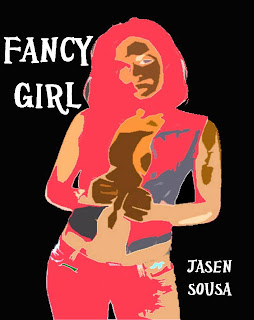 
Jasen has sold thousands of his books throughout the United States. He
frequently travels across the country making guest appearances at book shows, high schools and colleges to talk about his life, his writing and future visions he has for his company, J-Rock Publishing. Jasen graduated from Emerson College in Boston with a Bachelor's Degree in Writing, Literature and Publishing, and just recently graduated from Pine Manor College where he attained his MFA in Creative Writing.
Posted by Jasen Sousa at 4:14 PM No comments:

Jasen Sousa puts the Company on his Back

Jasen Sousa puts the Company on his Back
Posted on Aug 22 2012 by Eli Jace in Arts and Culture, Blog Posts


Jasen Sousa, a Somerville native whose novel in poems, Fancy Girl, will be published in September by his own imprint, J-Rock Publishing, fell into the role of writer unintentionally. He’d pass along stories to friends in juvenile detention centers and mental hospitals as a way of keeping them in tune to the outside world. “I used to bring them little wraps of writings of things that were going on in the neighborhood,” he said. The recipients were grateful and repaid him with compliments and encouragement to continue writing. “As I did more research I noticed a lack of urban literature out there.” Thus, a void he sought to fill. Fancy Girl deals with the livelihood of Deanna Keight, a teenager, as she turns to prostitution in a wholehearted attempt to save money for her and her daughter. She is driven by the choking desire to leave Somerville and the characters of her life behind. There is no holding back. Sousa keeps the story believable and is able to spool out compassion from moments of degradation. For him, writing in the voice of a female call girl provided the biggest challenge, but was offset by being the biggest reward. “Their life is tough to most people,” he said of his protagonist. “[I was] trying to be authentic and accurate as possible, tell their type of story, what they go through on a daily basis and how they do what they have to in order to keep their family together.” Deanna walks the tightrope of single-parenthood, leaving her daughter in the care of Johnny J, who may still harbor some past love for her, while she scuffles in bedrooms all over. Meanwhile, Machinegun Mike, the father of Deanna’s daughter, is about to be let free from jail. As her corrosive journey shifts, the people in her life uncoil right along with her. The reader travels along in the girl’s mind, experiencing bouts with doubt, humiliation, self-righteousness, misguided love and triumph. Sousa succeeds tremendously at bringing this more-common-than-you-might-think tale come to life. Fancy Girl has been available as an ebook through Sousa’s own website and Amazon.com since July. Come September it will be available in print form from J-Rock Publishing, the company Sousa started with the purpose of providing a platform for urban youth to stretch their literary desires. At age 17 tragedy put a dent in Sousa’s life when a close friend died from a drug overdose. “I felt that if he had an outlet to tell what he was going through then maybe he wouldn’t have come to that outcome,” he said. The loss helped Sousa to push J-Rock, which he’d start a few years later while still a teenager, into existence. He sensed a lack of opportunity within the city for kids beyond high school, especially within the arts. “I wanted to create this small publishing house just to give kids an opportunity in a field they would normally be shut out of,” he said. “The whole point was to build this literature for urban teenage readers [and] to create this environment that urban kids from everywhere can relate to.” Sousa looks to employ anyone with a solid interest in the market at J-Rock. “Even if you weren’t necessarily interested in writing you could do graphic design, photography for book covers, marketing. You could get experience in all these areas.” All work is done on a contract basis. Interested applicants need only email Sousa through his website. When sitting down to pen Fancy Girl, Sousa asked himself an important question: “How can myself, as someone who writes for teenagers, create a product that would get them interested in reading when they come from a family history where books are not in the household?” One answer was to feed them the story, line by line, in poem form, an idea he got while at Pine Manor College, where he earned his MFA in Creative Writing. He also has a Bachelor’s Degree from Emerson College. “Teenagers are more receptive to things that are fast. I wanted [Fancy Girl] to be hard-hitting, easy to read for a teenage audience and something to introduce kids to books.” The book consists of brief one or two page poems, each one carrying the story along, each one a story in itself, and is divided by chapters. Often when a teenager is folded up into a book these days, it’s the otherworldly Twilight series or Harry Potter books, Sousa said. With Fancy Girl he wanted to provide a realistic story that kids in urban areas could relate too. They won’t know what hit them. jrockpublishing.com
Posted by Jasen Sousa at 4:06 PM No comments: 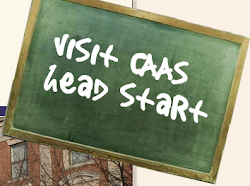